Nintendo’s “Mario Kart” has reemerged in popularity, with the release of the app “Mario Kart Tour” which allows users to play with iconic characters right on their phones. The “tour” starts in New York, with around 16 different cups named after a different character, and each cup has three courses and one challenge course. The objective of the game is simple: play the courses in each cup and try to earn five stars to fully complete it. You can collect coins while driving in the game, beat your high score, and level up characters to earn more points. There are rubies included in the game that can be used to fire prizes from a pipe, ranging from rare characters to basic karts to use in the games.

I downloaded the game once it came out and it has a lot of positives. The game is extremely addictive and fun, as you’re always trying to get five stars or beating your 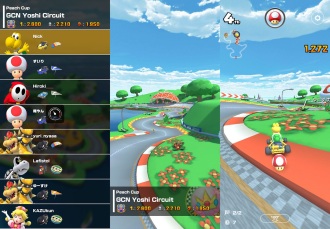 high score. It’s relatively easy to get new characters or level up old ones that you already have, and using the rubies for the pipe adds an element of surprise. There are a multitude of challenges that can give you stars or rubies, so there’s always a prize that you can play towards.

However, there are some things that could be improved upon. Multiplayer mode is absent from the game, which is unfortunate because I really wanted to race against my friends. The courses in each cup are usually repeats with an added ramp or two, making it really repetitive after awhile. Also in the race, you play against bots that always manage to knock you out right before the finish line. And there are only two laps in each race, which differs from the three laps in the original Mario Kart game. Finally, there are many classical characters that are missing from the game such as: Luigi, Wario, Walugi and Rosalina. But these characters may be added later on with an update. 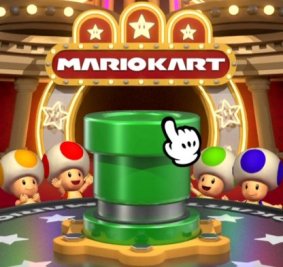 Overall, “Mario Kart Tour” is an extremely fun app, especially if you grew up playing “Mario Kart” on the Wii or DS. There are a multitude of classical players to use, such as Mario, Peach, Bowser, and more. The challenges are fun and encourage you to keep playing in order to earn more stars or rubies. Despite some of its flaws, the game is still in its beginning stages and there are most likely more updates that could include multiplayer or the addition of more characters.