Ever since the season 2 finale of NBC’s “This is Us” aired in March, I have been patiently waiting for the third season to finally return. The end of season 2 left many questions unanswered, yet again, for viewers such as: Will we finally find out about Jack’s past? Does Kevin finally have a new love interest? Has Toby become depressed again? Why is the show jumping into the future now? With so many questions, it seemed as if viewers would have to wait forever for answers, but we were finally rewarded with the season 3 on September 25, 2018.

As of November 19, 2018, 7 episodes of season 3 have premiered. Each season of “This is Us” has had a main focus: the first season highlighted Randall’s new relationship with his biological father, William, along with other storylines about love for Kate and Kevin; the second season dealt mainly with how Jack died and how the Pearson family dealt with such a loss. This season seems to be following the story of Jack’s past and his time in Vietnam, which he had kept hidden from his family. Each episode has mentioned Jack’s time in the war, as Kevin has made it his goal to find out more about his father as an attempt to connect with him. Additionally, this season has dealt with other storylines about Kate’s second pregnancy, Toby’s depression and his past, how Rebecca and Jack fell in love, Randall’s own struggle to connect with his late biological father, and Kevin’s love life.

As “This is Us” is a very complex show, it continues to delve into different issues that are 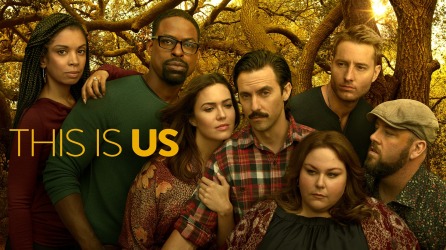 very real and does it beautifully. Last season, the show focused on addiction with Jack and his unhealthy relationship with alcohol, which Kevin inherited. Instead of dehumanizing Jack as an unloving father that abandoned his family for alcohol, the writers continued to display him as a “superhero” who always put his family before himself, allowing his flaws to shape his character. This season, the show focuses on family secrets and how to connect with loved ones that have passed. Both Kevin and Randall attempt to connect with their dead fathers, but in different ways. Kevin has used his limited resources to learn more about Jack’s time in the Vietnam War and how it affected him. He has gone to extreme lengths, by finding war veterans that fought alongside his father and recently traveled to Vietnam to uncover more. As Kevin has recently fought with his own addiction, he feels as knowing more about his father’s past will allow him to connect with Jack. Randall, on the other hand, has attempted to fix the community his father, William, used to live in. William lived a very different life compared to Randall, who was a black boy adopted by a white family that lived a moderately comfortable life. William suffered with poverty and drugs, which Randall has realized is evident in William’s old neighborhood. Randall has brought it upon himself to improve the community for the people his father knew, as a way to give them advantages he was given himself.

So far, this season has not been too sad compared to the past two seasons. “This is Us” is a very emotional show, with storylines that bring tears to viewers’ eyes. But I am certain that this means the show will have a big reveal that will ultimately break my heart, as it always does. My prediction is that it will be related to Jack’s relationship with his brother, Nicky, which was a very close one that has become fractured during the war. Viewers know that Jack ultimately loses Nicky in the war, but we do not know when or how. While I do not have any predictions as to how Nicky will die, I predict that the reveal will be unbearable and will lead to more than just a few tears. However, I am excited to see where this season will be going as “This is Us” is one of my favorite shows.

Tagged as: nbc, popular, season 3, Television, this is us