“The Magicians” Sets the Bar For Fantasies to Come

With the fifth season of “The Magicians” airing, fans are bidding the show and their favorite characters farewell. The critically acclaimed fantasy first aired on SYFY in January  2016 and is set to end its final season in April 2020.

Based on Lev Grossman’s best-selling novel, “The Magicians” centers on protagonist Quentin Coldwater (Jason Ralph) and his friends. Most of the characters attend Brakebills University,  a school for magicians. These 20-something-year-olds are faced with conflicts concerning their abilities as well as the magic that makes up the fanatical world around them, which are met with creative and entertaining solutions.

The writers who work on the show carefully craft their plot points and characters. In doing so, they are able to bring both depth and meaning to their story. Some of these 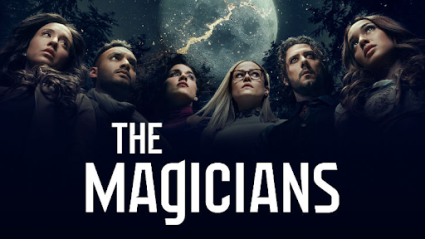 writers include Sera Gamble, John McNamara, and Lev Grossman. When creating any type of fantasy, half the battle is introducing a new and magical world without falling victim to overused plots. This world also must make sense, having people watching, intrigued, but not too intimidated or confused. “The Magicians” is able to undeniably do all of this, taking tropes and making them unique. The fantasy also welcomes drama and comedy into the storyline as well. Overall, the show is new and different in comparison to others in the genre and is worth watching for anyone.

The characters bring so much to the show as well. None seem to fall flat, since all of them have different intentions and motivations. The show takes the time to explore the past of each main character in order to make them appealing to the audience. They all play their own role and deal with their own issues and traumas. Some themes explored throughout the show include mental illness, sexuality, friendship, collaboration, self-discovery, and more. None of these topics are romanticized either, making the characters relatable and somewhat realistic. Watching them navigate adulthood and learn to use their magical abilities is both entertaining and satisfying.

Even in the midst of the final season, I encourage people to watch. The reason why the show will not continue to go onto a sixth season is due to the ratings following Jason Ralph’s departure as well as the cost. John McNamara, a co-creator, co-showrunner,

executive producer and writer for “The Magicians” has said, “We were aware that it was definitely not going to go forward in Syfy [when writing the finale] and that we were then going to want at least to try to make a run at other platforms… None of them seemed in the end like a perfect financial or creative fit.” Despite this, McNamara has also said that the finale serves both purposes of ending the season as well as the series. Hopefully, long-term fans will find satisfaction and closure through these last couple of episodes.

All that’s left to say is this: stream the last couple episodes of “The Magicians” on SYFY on Wednesdays at 10 PM Eastern time.