Going into their final game of the season, a tournament game against the Lodi Rams, the Chiefs hold a record of 13-11 and look to finish the year above the .500 mark. Caldwell’s 13-11 record places them in fourth in the SEC – Liberty Division, behind Bloomfield, Cedar Grove, and Verona. When it comes to interleague play, Caldwell has five wins, along with seven losses.

In the 2019 season, Caldwell averages 5.8 runs a game, with some of their highest scoring games coming against West Orange and University with 23 and 15 runs respectively. On the defensive side of the field, Caldwell allows five runs a game. 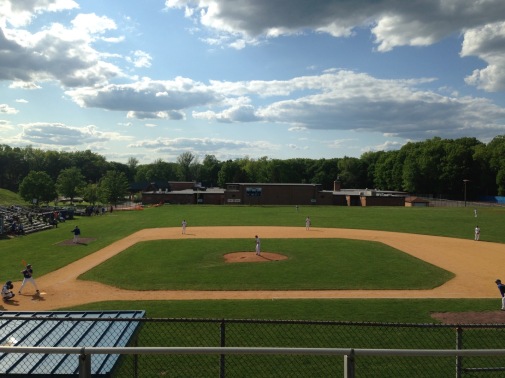 On the pitching side of things, junior Ryan Sanderson has the teams best ERA, at 1.95. Sanderson’s records is 3-3 and he has pitched 50.1 innings and struckout 51 players. Senior Charles Tynan has pitched the second most amount of innings on the Chiefs, with 30.2 innings pitched. Tynan has a record of 3-2, 32 strikeouts, and a 5.25 ERA.

In Caldwell’s first state game, they hosted the Lodi Rams, who came into the game with an 11-12 record. The Chiefs dominated Lodi by a score of 6-1, out-hitting the Rams eleven to three.

Caldwell travels to Verona on May 23 to play the Hillbillies in the second round of the States’ tournament.