Focusing In On Darkness: Capturing The First Image of a Black Hole

On April 10, 2019, astronomers and scientists made a huge announcement to the public. Thanks to the help of a network of telescopes around the world, they were able to capture the first picture of a black hole. For years, these ominous dark abysses remained an unobserved mystery that only Einstein had predicted. In his theory, Einstein explained that dense, compact regions of space would have such intense gravity that nothing could escape them. Since his first predictions, artists have drawn their own interpretations based upon its name and people have been left to imagine an endless tunnel of blackness. But now, astronomers have achieved what they previously thought was impossible and have obtained an image of a black hole’s silhouette. 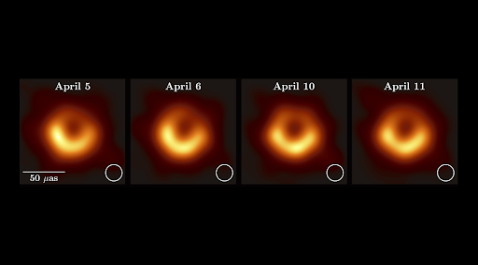 A black hole is a region of spacetime exhibiting such strong gravitational effects that nothing, not even electromagnetic radiation such as light or time itself—can escape from inside it. It swallows up everything in the universe which is too weak to withstand its strong gravitational pull. Then, with every star, planet, gas, or bit of mass consumed the black hole grows. The edge of the black hole, also known as the point of no return, is the place where light is sucked in for eternity.

For scientists and astronomers dealing with this project, the question was not where to find a black hole in the vast universe, but rather how to capture an image of the hot, glowing gas falling into a black hole from thousands or even millions of light-years away. A team formed to take on the challenge, creating a network of telescopes known as the Event Horizon Telescope, or the EHT. Their first task was to improve the Very Long Baseline Interferometry, a technique which allows telescopes to take imaging of far away 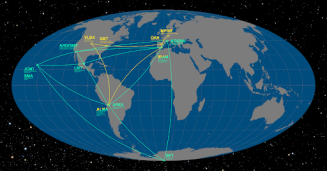 objects. VLBI worked by synchronizing a group of smaller telescopes around the world to focus on the same object at the same exact time. In that way, it would act as one giant telescope and be able to target the black hole. Over the course of April 2017, the EHT worked in eight observatories on six mountain on four different continents to collect data from two possible targets.

In the end, EHT was able to zero in on a black hole in the middle of the Messier 87 galaxy. Messier 87, located in the constellation Virgo, is approximately 55 million light years away from Earth. There, astronomers photographed a black hole 6.5 billion times more massive than the sun which is currently unleashing a violent jet of energy 5,000 light-years into the surrounding space.

The results of this project were a success, as scientists were able to gain a more direct calculation of a black hole’s mass than ever before. The data also offers some insight into the formation and behavior of black hole structures. However, the biggest achievement of the project was the first clear picture of the silhouette of a black hole.