Over the holiday break I was hanging out with my friends when one asked the rest of us, “what was the worst movie that you have seen in the theatre, and looking back, when would you have walked out of the movie?” My mind instantly shot back to when I saw “Aquaman” a few days prior, specifically the first of several times the main villain performed what he would call a “battlecry” to his army, which sounded more like he had molasses stuck in his throat. That is the exact moment I would have left the theatre; the only reason I didn’t was so that I had more material to discuss in this review.

I think you can decipher my opinion of the new “Aquaman” movie pretty well at this point, but it would be unfair to just tell you that it was horrendous and leave you with no details. If you could already tell that “Aquaman” was bad from watching the trailer, then pat yourself on the back because you have common sense. But I actually entered “Aquaman” with poorly-placed optimism. My rationale was that “Spiderman: Into The Spider-Verse” also had god-awful trailers but that film was actually received quite well, but “Aquaman” and “Spiderman: Into The Spider-Verse” are very different movies of very different quality.

“Aquaman” follows the DC Comics superhero of the same name, telling the tale of how Aquaman was raised by his human father while his Atlantean mother was forced into exile for having a child with a human. The Atlanteans are a race of sea-dwelling humanoids whose royalty can control water and call for the aid of fishes and other sea creatures. The Atlanteans aren’t the only ones in the murky depths below. In fact, there 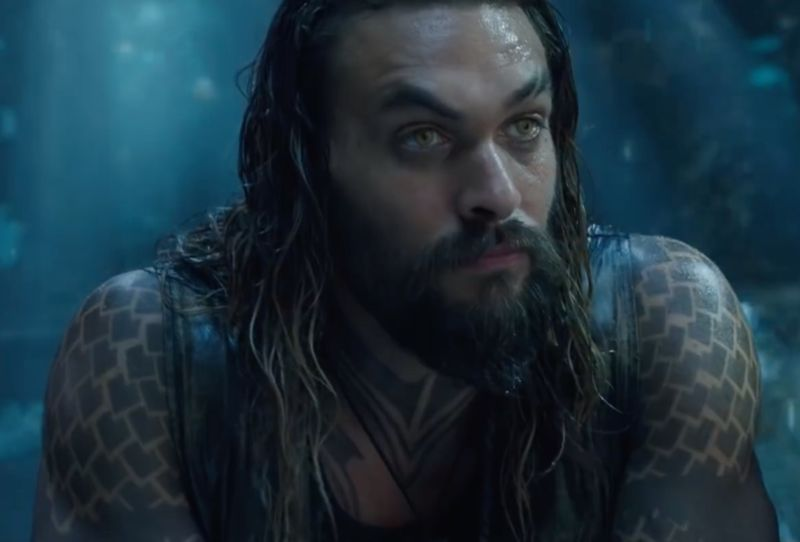 are multiple major kingdoms deep underwater, each slowly getting more and more agitated with humans polluting their waters and poisoning the marine life. However, most of these other kingdoms are unimportant to the story, as the main antagonist swiftly captures each of their nations in a five minute montage with more CGI than one of those awful Transformer movies producers won’t stop pumping out.

Regarding the cookie cutter story, Aquaman is confronted by a supporting character who is unremarkable other than the fact that she has hair so red that she might as well be live-action Ariel, with her singing crab and all. She explains that it is his duty to go and stop his evil half-brother from waging war on the surface world by collecting an ancient relic that will name him “Oceanmaster,” an arbitrary title that makes everyone like the person wielding the artifact. Why do people bow down to anyone who has this McGuffin? Well, it’s convenient to the plot of course!

If the story of “Aquaman” sounded cheesier than Wisconsin to you, then you’d be dead right. However, there is a morally ambiguous side plot where Aquaman kills the father of a deep-sea mercenary, and said mercenary attempts to seek revenge against Aquaman. This was honestly the only part of the film that I enjoyed; Black Manta is a very well developed, memorable villain in this film, and his design is alien and menacing. In other words, the side-villain was more developed than the actual villain we were supposed to care about. It’s almost like there was an entirely separate, superior schism of directors and scriptwriters who made exclusively that part of the movie. But of course, the side-villain is stuck in its role of the side-villain, and thus must be defeated towards the last third of the movie and forgotten about by the end of it all.

Beyond having enough bad movie tropes to fill an entire bingo board, “Aquaman” suffers from a CGI overgrowth and a terminal case of boring dialogue. There isn’t much to talk about in these departments, especially if you have seen a superhero movie in the past decade. These issues are fairly common in the genre, and “Aquaman” joins the ranks of the X-Men movies (yes, all of them — except “Logan-” that one is good) and other films better left forgotten.

“Aquaman” and “Venom” are very similar in nature; they both have over-the top action that isn’t actually that exciting, awful dialogue, try to be funny when they aren’t, and have a lackluster main villain. However, I actually had fun watching “Venom,” whereas “Aquaman” was just bad all the way around — and if you remember the previous issue of the Caldron, I gave “Venom” a 4 out of 10. Thus, I gracefully grant “Aquaman” a deserving 3 out of 10. That’s all folks!