Net Neutrality Repealed and What it Means

On December 14, 2017, net neutrality was repealed by the Federal Communications Commission in the United States of America. Net Neutrality regulations were imposed in 2015, and prohibited internet service providers from blocking websites and charging extra for higher-quality service or specific content. They also allowed for high-speed internet to be regulated by the federal government. However, after a vote of 3-2, the F.C.C. has decided to repeal Net Neutrality, despite many petitions against this decision. Under this decision, large and powerful American telecommunication companies–such as Comcast, AT&T, Verizon–will be able to increase internet prices, control internet speeds, censor certain content, etc., with unlimited freedom to do so. The repeal also allows these companies to block content for their own financial interests, which would lead to dissatisfaction and the possible losses of Google or Netflix. 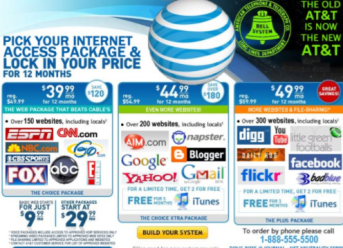 Supporters of the repeal, such as F.C.C. Chairman, Ajit Pai, claim that it will not “end the internet as we know it” and that the hype around the repeal was over exaggerated by the media. On the other hand, critics of the repeal fear that the internet will soon resemble cable television, as providers will have bundle packs for certain websites, apps, and services. Many also believe that the repeal means the loss of fundamental rights on the internet, as opposed to Net Neutrality, in which the internet would continue to be free and unrestricted.

As of December 14,  2017, Congress has 60 days to overturn this repeal and restore net neutrality, if there is presidential support or ⅔ approval from the House of Representatives and Senate.