After seven seasons of dating three arguably great boys, Rory Gilmore ends up with no boyfriend at the end of the classic American series, Gilmore Girls. Fans were devastated as their favorite girl from Stars Hollow did not end up with either Logan or Jess. With the show’s revival coming up, however, fans are once again arguing over this very important question: Should Rory end up with Jess or Logan? 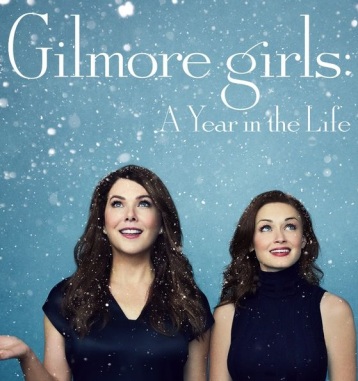 Without a doubt, Rory should end up with Jess. Jess is very nice to look at, but, more importantly, he and Rory make each other better people. Up until the moment Jess moves to Stars Hollow, Rory’s town, to live with Luke, a close friend of the Gilmore’s, Rory was the most perfect daughter Lorelai, her mother, could ever ask for. As a high school student, Rory achieved outstanding grades and, unlike most teenage girls, she never had much drama with her mother. Unlike Lorelai, however, Rory never rebelled in any form. Then, she meets Jess. Although people who are against Rory dating Jess argue that he made Rory a worse person, that is not true at all. In fact, Jess brought out the rebellious side in Rory that was in there all along and helped her mature into the Rory fans know and adore today. Jess brought Rory out of her comfort zone and helped her see the world in a different light. He, however, never made her do anything. Every decision she made regarding Jess she did on her own. For example, in the second season of the show, Rory goes into the city to meet with Jess. In doing this, she skips school, and even accidentally misses her mother’s graduation day. Although Rory’s actions were not the greatest, she made them on her own. Jess had no part in her decision to ditch school for a day to meet him in New York City to look at records and eat a hot dog. He brought this side out in Rory and allowed her to let loose and have fun. He distracted her from the high strung competition that came with Chilton, Rory’s highly selective and prestigious high school. Additionally, without Jess, Rory would be living just like her grandmother, Emily. Logan did not see anything wrong with staying at home and attending D.A.R. meetings just like Emily. However, Jess was able to allow Rory to see that the place she needs to be is Yale, and that she should not be scheduling dinners as a job.

Just like Jess was good for Rory, she was good for him. To Jess, Rory was the only constant in his life. His father abandoned him when he was a child and his mom sent him away. After meeting Rory, Jess begins seeing that he is much more capable than what he previously had thought himself to be. Years after their high school days, Jess ends up publishing his own book and doing what he loves. Jess also builds a relationship with his mother that was virtually nonexistent before. Rory allows Jess to grow from a teenage rebel without a cause to a mature adult who has a stable life.

As if this isn’t enough, Jess and Rory are perfect for each other. They have the same interests in books, music, and movies, yet they differ enough to not get bored with each other. They both come from complicated families: Rory has a single mother who had her at age sixteen, while Jess grew up with no father and an unstable mother. They have both said that the other knows them better than anyone else. This mutual understanding between them creates a special connection that doesn’t exist between Rory and Logan.

To rebut Logan’s credentials, Logan’s family is not good for Rory. His father insulted Rory and told her she does not have the skills to be a journalist. This caused her to momentarily quit college and become a housewife. If Rory were to end up with Logan, she would have to deal with his problematic family and she would have to deal with their snide remarks about how she is not good enough for their family. If she were to end up with Jess, however, there would be no problem concerning his family. Luke already loves Rory and she would not have to stress about pleasing his family, like she would with that of Logan’s.

Although you are not obligated to have the same opinion as me, I strongly feel as though Rory should end up with Jess in the Gilmore Girls revival, not Logan.