During the summer, most of America had a big case of “football” (soccer) fever!  But with the dust of Brazil settled, and the nearest international competition a long ways away for the stars and stripes, where does the nation’s soccer audience turn for its dose of the sport?  For many, the answer lies across the Atlantic, in the vast landscape of Europe, and the various supremely talented and entertaining leagues that abide there.  Maybe those people are going too far out of their way for the sport they love.  That something they need is Major League Soccer (MLS). 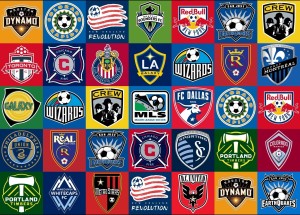 That’s right, Major League Soccer will be kicking off a landmark twentieth season in the spring of 2015!  And while we are still yet to even write an ending to this thrilling 2014 season, MLS fans have had a hard time not getting excited about the changes and growth of the league that we will see in 2015.  A couple of those changes include two new sides, New York City, FC and Orlando City, SC.  New York City has made big headlines in its signings of world class players such as Spanish forward David Villa and English midfielder Frank Lampard,  but Orlando hasn’t shied away from the blockbuster signings either. The club is bringing in the likes of Brazilian star Kaka, as well as in talks with another Brazilian talent in Robinho.

That being said, these two teams have completely different identities.  New York City is a club that was “artificially created” to join the league, in the hopes of grabbing the greater New York market.  The hope is that the club could rival the already present New York Red Bulls, who currently abide across the Hudson River, in Harrison, New Jersey.  That being said, New York City has no fan base coming into the league, no history, and the introduction of a second team in one market, when other markets are clamoring for a team, has been heavily criticized.  Orlando on the other hand, has been the poster boy for the perfect MLS expansion side.  Orlando is relatively new as well, having been created in January of 2011; they embarked in their first season in USL Pro (the third level of the American soccer pyramid) in the spring of 2011.  Orlando would go on to win the USL Pro title in 2011 and 2013, along the way beating the likes of Sporting KC and the Colorado Rapids, two MLS sides, in U.S. Open Cup play.  It wasn’t just their performance on the field that was wowing MLS; the most important ingredient for Orlando was the fans.  Orlando showed they were the most passionate fan base in the lower divisions of MLS, drawing nearly 23,000 for the USL Pro Championship in the autumn of 2013.  This, along with news of an 18,000 seat soccer specific stadium in downtown Orlando to break ground, made the idea of Orlando joining MLS inevitable.

As we sit back, and happily look forward to the days of MLS’s future, we can finally laugh about the days of recession in 2004, when teams were being subtracted from the league!  Since the days when the amount of teams totaled a mere 10, the additions of Toronto FC, Houston Dynamo, Real Salt Lake, Seattle Sounders, Philadelphia Union, the rebrand of Sporting KC, Portland Timbers, Vancouver Whitecaps, and Montreal Impact have all helped make the league the success it is today and hope to benefit its future!